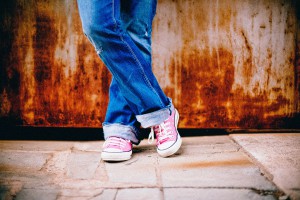 Reclaiming Futures is committed to the equitable treatment of troubled youth—nurturing each of them on a path toward health and prosperity, rather than incarceration. To do this, we must be able to identify and end the patterns of discrimination and victimization at play in our schools and our juvenile justice systems.

Those interested in drug/alcohol/tobacco use statistics should head over to the Substance Abuse and Mental Health Services Administration (SAMHSA) to download the data from the National Survey on Drug Use and Health (NSDUH).
For those less inclined to analyze the data, SAMSHA also released a report (PDF) summarizing the findings, which include:

I’ll never forget how my hands shook as I gripped my office phone that afternoon. My 16 year-old son called tell me he was a drug addict and that he needed help. Right now.
I must admit I did have suspicions he’d been involved in drugging. His behavior had changed. He was doing so poorly in school that he was on the verge of either failing or dropping out. He struggled with my newly blended family and the move to a new state. I thought everything would work its way out in his life, but the tenor of his voice told me this was something serious.
Even though I’m the parent or step-parent of seven boys, I was totally unprepared. I’d always wished for a book for the teen years to turn to when things go rough, much like my mom turned to her trusty Dr. Spock reference book. But, there isn’t anything like that to help parents navigate today’s minefields.
I flew out the door and was soon home, sitting in my living room, attempting to wrap my mind around the depth of his problems. The night before a drug dealer threatened him. This was serious. Turning to the Yellow Pages, I called several drug rehab facilities in my state, but found only one with an immediate opening. It was two hours away from home and my son sat quietly in the front seat. I felt I’d failed him. Who knows what he felt.
The intake counselor sat us down in a private office and began to do a drug inventory. As the list began to grow from marijuana use all the way down to cocaine and heroin, I shakily agreed to anything to help him get out of the death trap of drug addiction.
My situation wasn’t unusual.