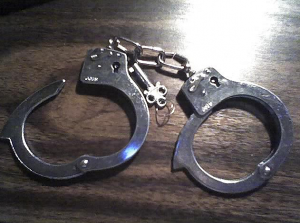 An upcoming Spotlight on Youth webinar: “Remove the Shackles and Help Kids Succeed” will explore the practice of shackling, why it is harmful to our young people in the juvenile justice system, and how the practice can be removed altogether.

The webinar will take place on Jan. 16 and include guests with expert insight on this topic:

Those that are aware of the practice have long questioned shackling in the juvenile justice system, and several counties have ongoing efforts to remove it: In Miami-Dade County, more than 20,000 youth appeared in court without shackles between 2006 and 2011—no one escaped or was harmed after shackling was removed.

Unfortunately, many are unaware that teens are often brought from detention and correctional facilities to juvenile court in leg irons, belly chains and handcuffs—before they are charged with any wrongdoing.

On this Jan. 16 episode of Spotlight on Youth, guests will describe the national movement to end the indiscriminate practice, and share their personal efforts and experiences in changing the norm for kids in juvenile court.

To listen in, visit Spotlight on Youth five minutes before the scheduled start time. Listeners are invited and encouraged to ask questions live on the air: call (347)994-1149 and push number 1 on your keypad.