What Campaign Zero’s Policy Recommendations Mean for Our Youth 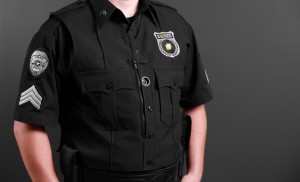 Last week, Campaign Zero—an initiative started by prominent members of the Black Lives Matter movement—released a set of policy solutions to curb police violence and discrimination in the wake of several high-profile police killings, including that of 18-year-old Michael Brown in Ferguson, Mo., on August 9, 2014. The group’s goal is to end police violence in America, so no more deaths like this occur.

Here we review a few of Campaign Zero’s key recommendations that would have a notable impact on minors, which is our focus here at Reclaiming Futures.

“End Broken Windows Policing”
Campaign Zero offers recommendations for decriminalizing or deprioritizing the enforcement of minor infractions, such as loitering, trespassing, marijuana possession, public alcohol consumption, disorderly conduct or creating a disturbance. Due to a well-documented racial bias, these laws tend to be disproportionately enforced in black and Hispanic neighborhoods.

Although juvenile arrests for many of these violations have been on the decline since the 1990s, non-violent crimes and status infractions (activities that are illegal under a certain age) still represent the majority of minors’ arrests and introduction to the juvenile justice system. Changing police approaches to these crimes and ending discriminatory practices, such as racial profiling and “stop and frisk,” would help reduce racial inequalities in the juvenile justice system, as well the adult system.

“Establish Alternative Approaches to Mental Health Crises”
Campaign Zero states that, “mental health crises should not be an excuse for heavy-handed police interventions and are best handled by mental health professionals.” It advocates for crisis intervention training for police officers and the coordination of Mental Health Response Teams, noting that these teams have been proven to reduce police use of force in nearly 40 percent of crisis situations.

Recognizing the prevalence of behavioral health disorders among adolescents, particularly those who become involved in the juvenile justice system, more knowledge, training, and coordination with mental health professionals would help protect and support youth in crisis, diverting them from the juvenile justice system into more beneficial treatment programs whenever possible.

“Limit Use of Force”
Campaign Zero notes that police killed at least 268 unarmed people last year. As such, the group advocates for policy solutions to restrict police use of excessive force in everyday interactions with civilians and to increase reporting and accountability when police shootings do occur.

According to Education Week, police have shot and killed 53 teenagers since Michael Brown’s death in August 2014. These killings have occurred nationwide. Revising and strengthening local police departments’ use of force policies would reduce childhood mortality and help keep young people safe when they are engaged by law enforcement.

“Invest in Rigorous and Sustained Training”
Campaign Zero suggests policies should be implemented that require officers to undergo a range of training, including scenario-based training, at least once per quarter on topics such as implicit bias; crisis intervention; de-escalation and minimizing the use of force; and appropriate engagement with youth, members of the LGBTQ community, and English language learners. Campaign Zero also recommends that these trainings involve the community, including youth of color, in their design and implementation.

The 2015 Reclaiming Futures Leadership Institute highlighted the disparities that exist in both public health and justice, while focusing on solutions to improve equity within these settings. Like Reclaiming Futures, there are numerous federal, state and local agencies and organizations that are recommending similar policies as Campaign Zero's. For example, the Federal Advisory Committee on Juvenile Justice recently recommended: "phasing out the ‘valid court order’” exception that allows children who commit status offenses — such as truancy or curfew violations — to be detained; accountability measures for reducing ethnic and racial disparities; new limits to keep youth under age 18 out of adult confinement facilities and an increase in federal funding for juvenile justice programs.

There are always ways to improve. It is promising that a growing number of individuals, families, communities, organizations and agencies are advocating for reform to keep our youth and our communities safe.