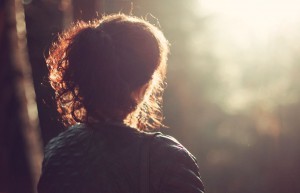 Girls are increasingly over-represented in the juvenile justice system; particularly girls living in poverty and young women of color, according to the Office of Juvenile Justice and Delinquency Prevention (OJJDP) in their recently released policy guidance: "Girls and the Juvenile Justice System." The significant increase of justice-involved girls over the past two decades was also demonstrated in September by Francine T. Sherman and Annie Balck in their "Gender Injustice" report; girls now account for almost 30 percent of youth arrests. OJJDP's new policy guidance calls for the identification and recognition of known risk factors - which lead girls to the justice system - and the implementation of developmentally informed approaches in order to reduce and divert the involvement of girls in the system. OJJDP's policy guidance aligns with the White House Council on Women and Girls' intention to advance equity for women and girls of color.

OJJDP's policy guidance identifies a number of risk factors which lead to involvement of girls in the juvenile justice system, also referred to as the sexual abuse/trauma-to-prison pipeline:

These focus areas align with the Reclaiming Futures approach and model, and we encourage members of our sites and national community to share this policy guidance and to contribute to a dialogue of how these focus areas may be applied in order to improve our system and programmatic responses.