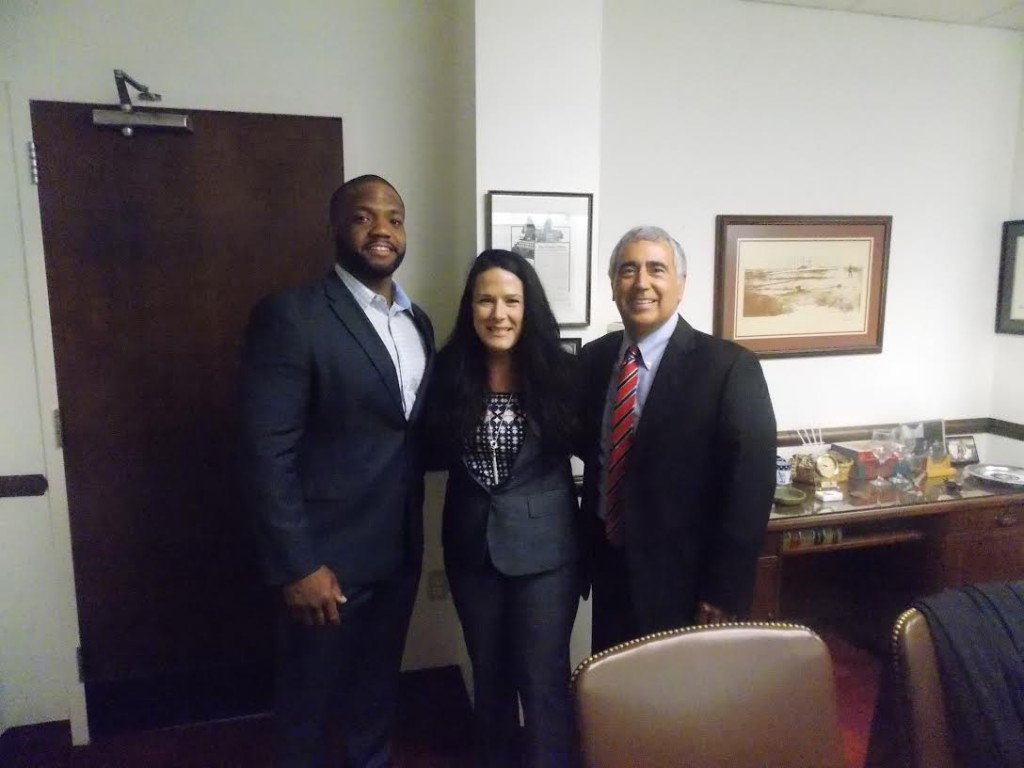 During the first part of the ceremony Judge Rice shared the bench with Judge Capizzi, as they both welcomed the eleven graduating youth, families, court staff, Deputy Director and Director of Ohio Department of Youth Services and various elected officials from Montgomery County.  Once the welcome was complete, Judge Anthony Capizzi shifted his attention to the amazing accomplishments of the eleven graduates, and became the first visiting judge to preside over a Juvenile Drug Court Graduation in the United States District Court.

In years past, Judge Anthony Capizzi has felt an important part of the graduations ceremony is for the youth to hear from a prominent individual or celebrated figures like musicians, actors or athletes. Keeping with the tradition of past graduations, Judge Anthony Capizzi welcomed former Ohio State Buckeye Football star Maurice Clarett.  Clarett had a decorated high school career as the best college prospect in the nation. His success in high school resulted in him attending Ohio State and leading them to a National Championship in 2002.

Despite his success on the field, the early years of his life included numerous brushes with the juvenile system before 9th grade. After being removed from the Buckeyes for numerous off the field issues, he continued to associate with negative peer groups and abused drugs and alcohol, resulting in him not being physically ready to play football for the Denver Broncos, when he was drafted in 2005.  Shortly after his release from the NFL, Clarett was involved in numerous robberies, gun and drug related crimes resulting in him spending several years in prison.

While in prison Clarett cleared his head from drugs and drinking and began to read and study business. Since his release he has dedicated his life to speaking at prisons, juvenile detention facilities and working with youth football camps to share his story so others do not repeat it. When an audience member asked him what it felt like to win a National Championship, Clarett said, “it felt great, but not nearly as great as I feel standing here celebrating these graduates' accomplishments."

After the heartfelt message from the keynote speaker, many graduating youth shared their journey of sobriety to the audience.  Judge Anthony Capizzi acknowledges that each youth graduating had very difficult personal life situations that often made sobriety difficult. He also offered encouraging words not just to the youth, but to every parent, family member, counselor, Natural Helper and Drug Court staff member that supported the efforts of graduates.

The impact that Juvenile Drug Courts have on young people could best be characterized by a young lady who stepped to the podium to receive her completion certificate and asked to talk. While crying she stated, “Thank you, Judge Capizzi, for being hard on me and making me to go to treatment. It probably saved my life.”

The event was topped off with whipped cream and a cherry, when Judge Capizzi announced the ice cream social immediately following the graduation.  All in attendance enjoyed an ice cream sundae from Ritter's Frozen Custard.