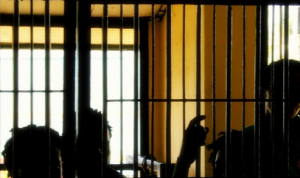 The New Yorker recently published an article, “The Milwaukee Experiment,” on the criminal justice reform efforts taking place in Milwaukee, Wisconsin, as a result of the continued increase in the prison population. These efforts focus on changing the way the system handles low-level offenders, many of which are young people, and the continued growth of racial disparities in prison.

One of the main players behind the movement is John Chisholm, the District Attorney in Milwaukee County, who has worked to find ways his office can contribute to changing the tide of mass incarceration and racial imbalance in American prisons.

Firstly, Chisholm found that it was time to redefine the way prosecutors’ success is judged, placing higher importance on the larger issues at hand. President of the Vera Institute Nicholas Turner says, “Chisholm stuck his neck out there and started saying that prosecutors should also be judged by their success in reducing mass incarceration and achieving racial equality.”

Chisholm overhauled his offices’ processes by implementing an “early intervention” program—after a defendant is arrested but before arraignment—that includes an eight-question assessment to determine the level of risk/need of the defendant, with the purpose of weeding out low-level offenders and setting them on a better path rather than giving them jail time.

A low score on this assessment can lead to an offer of diversion, which is an unofficial probation that can potentially leave the defendant without a criminal record. High scores, however, lead to further assessment with fifty-four additional questions. After this second assessment, the individual will maintain a record of arrest but may have their charges reduced or even dismissed.

To participate in the early intervention program, defendants must commit to successful completion of drug-treatment or educational programs. The New Yorker quotes Jeffrey Altenburg, who oversees the program, on its goal:

“The whole program is designed to reduce the number of people we are putting in jail or prison, but to do it in a smart, accountable way…It’s to get people back on track, based on their risk and their need.”

The article continues on to describe the complexity of all the factors contributing to the high levels of incarceration and racial inequality in the system. Chrisholm comments on this, saying “We redesigned our system, but we learned that no individual actor can change the dynamics of what goes on in a complex larger system like a city.”

However, with many authority figures beginning to spotlight these issues nationwide, reforms like those in Chrisholm’s office are part of a larger movement that many hope will continue to grow.

One such authority figure, Hilary Clinton, recently highlighted the need for change in her speech at Columbia University:

“Today, smart policing in communities that builds relationships, partnerships, and trust makes more sense than ever,” she said. “And it shouldn’t be limited just to officers on the beat. It’s an ethic that should extend throughout our criminal-justice system. To prosecutors and parole officers. To judges and lawmakers. We all share a responsibility to help re-stitch the fabric of our neighborhoods and communities.” She added, “It’s time to end the era of mass incarceration.”

Read the full article on The New Yorker.