Racial disparity is a longstanding issue in the juvenile justice system. Since 2000, there have been countless studies reporting staggering differences in the treatment of juvenile offenders by race. Using comprehensive data from Kidsdata.org, The Chronicle of Social Change recently examined the racial breakdown of juvenile felony arrest rates across California from 1998 – 2012: 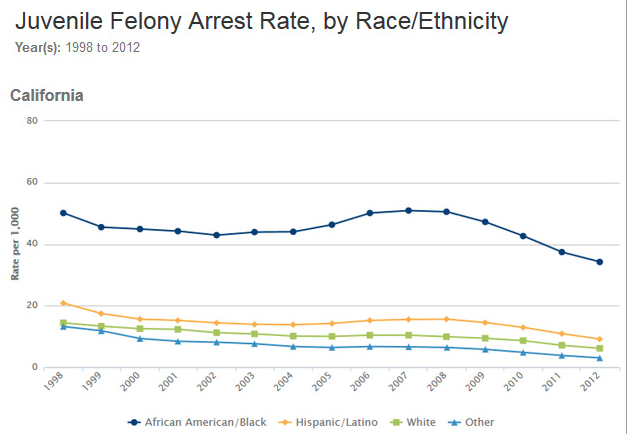 While there is still a large gap between African-American, Latino and white youths, the 2012 statistics do show improvement in that the arrest rates for all youth have declined.

Using the interactive tools on Kidsdata.org, you can search results for each county in California.

Note: Every other week, The Chronicle of Social Change examines a new aspect of health and well being of children in California using information from Kidsdata.org.