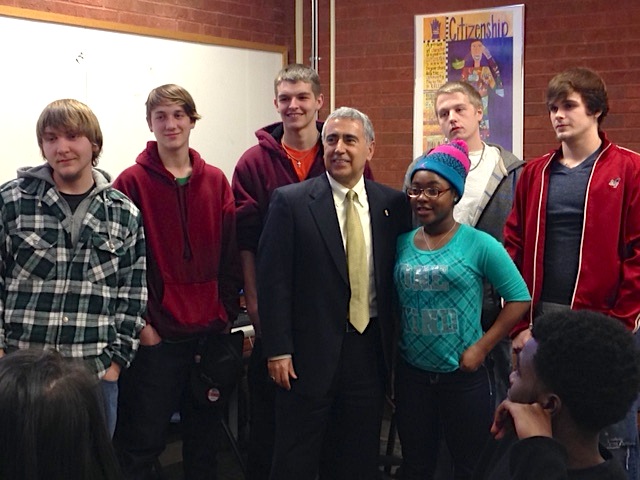 Judge Capizzi with the winning team on game night

The National Institute on Drug Abuse (NIDA) led National Drug Facts Week last week, January 26 through February 1, 2015. The week was dedicated to having honest conversations with teens about the harmful effects of drug abuse. Schools and Courts across the country hosted activities to provide youth with scientific facts, research, statistics and emerging trends with drugs. The goal: equip youth with the knowledge necessary to understand that drugs are not a game and they have very serious consequences.

Although drug abuse is not a game, communicating the information to young people can be fun, and I was part of it last week. Montgomery County Juvenile Court hosted a fun activity to get youth the facts and information that they need. On January 27, 2015, the Honorable Judge Anthony Capizzi spent is evening giving his best Alex Trebek impersonation while hosting the 2nd annual Drug Fact Game Night. This wasn’t your normal game of Jeopardy; all categories and questions were developed using data provided by NIDA and related to the harmful effects of drugs.

There were a total of 30 youth involved with Montgomery County Juvenile Court Drug Court in attendance. In addition, there were Natural Helpers, several members from the Parent Advisory Board, and Juvenile Court Probation staff. Parents in attendance from the Advisory Board shared feedback, saying, “we enjoyed seeing Judge Capizzi and the Probation Officers have so much fun with the kids.” 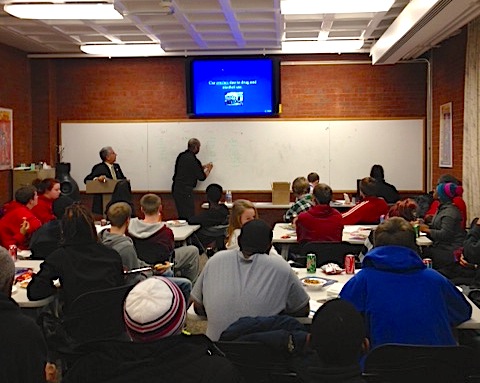 During this same week, 30 youth involved with Montgomery County Juvenile Court submitted artwork for the Drug Abuse Prevention Poster Contest, intended to get youth involved with pro-social activities like art. Juvenile Court staff encouraged youth to complete artwork at home and school, and provided supplies with assistance for some youth at K12 Art Gallery. The artwork is being submitted this week to Montgomery County Drug-Free Coalition to be judged with the other submissions from schools and programs across the county. The grand prize winner of this contest will received $50.00 cash prize, and a college scholarship of choice to Sinclair Community College, Wright State University or the University of Dayton. In addition, the artwork will be reproduced and distributed at various Coalition events to integrate their great work within the community.