The Washington Post,  LA Times and Aces Too High posted stories regarding the lawsuit filed against the Compton School district for allegedly not responding to students’ learning and mental health needs specifically related to complex trauma. The statutory framework for this lawsuit is Section 504 of the Rehabilitation Act and American Disabilities Act. The Washington Post article provides the actual lawsuit and all three articles offer synopses of the trauma experienced by youth named in the lawsuit.  The lawsuit describes and alleges that these young people experienced numerous traumas both on and off school prop 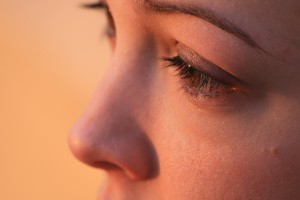 erty such as homelessness, physical and sexual abuse, violence, witnessing shootings, unsafe school conditions, and familial behavioral health issues.  Three Compton School district teachers are named for the prosecution alleging that their requests to provide youth with the appropriate behavioral health services were ignored by the district.  For those of us that work in the juvenile justice or behavioral health fields these stories seem all too common. Decades of research and practice have shown that trauma has profound negative effects on an individual’s overall health (e.g., neurological, biological, psychological, social).  One of the more well-known studies, which is being used to support this lawsuit, is the Adverse Childhood Experiences ( ACEs) study. The major findings from the ACEs study show trauma can impair an individual’s social, emotional, and cognitive abilities and functioning.

But, what is complex trauma?

A new study from the National Survey of Children’s Exposure to Violence[PDF] (NatSCEV) underscores the importance for early intervention of childhood exposure to violence to prevent these children from future delinquency (also referred to in other studies as “bullying”). This study offers a new look at the relationship between victimization and delinquency for children 10 to 17 years-old and through four different categories:

Martha Davis, executive director of the Institute for Safe for Safe Families, and Kristin Schubert, team director at the Robert Wood Johnson Foundation, write about the history and prevalence of adverse childhood experiences (ACEs) and toxic stress in the Philadelphia Inquirer:

Neuroscientists have found that traumatic childhood events like abuse and neglect can create dangerous levels of stress and derail healthy brain development, putting young brains in permanent "fight or flight" mode. What scientists often refer to as "toxic stress" has damaging long-term effects on learning, behavior, and health. Very young children are especially vulnerable.
Last year, the Institute for Safe Families, with support from the Robert Wood Johnson Foundation and others, formed the Philadelphia Adverse Childhood Experiences Task Force to help local doctors and nurses, mental health counselors, and advocates recognize the symptoms of toxic stress and develop ways to protect children from its damaging effects. As a first step, the Task Force conducted a citywide survey of more than 1,700 residents to understand the prevalence of the problem.
The results are tragic.

Learn about the findings and the applications for social workers, police departments, educators, doctors, and nurses in the full article, Early Trauma, Lasting Damage, on philly.com