Adolescent Girls in the Spotlight 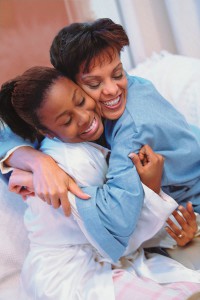 Yet, at first glance it appears that we have not seen similar decreases in arrests for drug related offenses among females. Recently, Jeffrey Butts, PhD released the second Reclaiming Futures Data Brief focusing on adolescent  girls with drug related offenses. Dr. Butts indicates that while drug arrests have declined for both boys and girls between 2000 and 2014 the rate of reduction was much higher for boys as compared to girls (46% versus 23%). And the proportion of overall drug arrests that involved girls was higher 2014 (20%) than at any other time since 1980. He interprets the finding of a larger proportion of arrests for females (as compared to males) is related to decreases in the number of male arrests in the past decade. Similar reductions have not occurred for girls and this has certainly put the statistical spotlight on girls in juvenile justice and prompted the field to look for answers.

The Office of Juvenile Justice and Delinquency Prevention (OJJDP) has recently released policy guidance on girls involved with juvenile justice. This policy guidance clearly stands up and behind girls involved in juvenile justice and offers a primary message that the needs of girls must be addressed in a developmentally appropriate manner. OJJDP describes cultural and contextual issues including:

OJJDP offers a call to action for juvenile justice professionals. This is a comprehensive list that includes eight focus areas for policy, program, and staff abilities and competencies. We applaud OJJDPs efforts and this call to action on behalf of young women in juvenile justice and challenge our sites to review these focus areas to determine what is already being implemented and areas for improvement. Let’s start a national discussion about the best policies and practices for improving the health and wellness of young women.